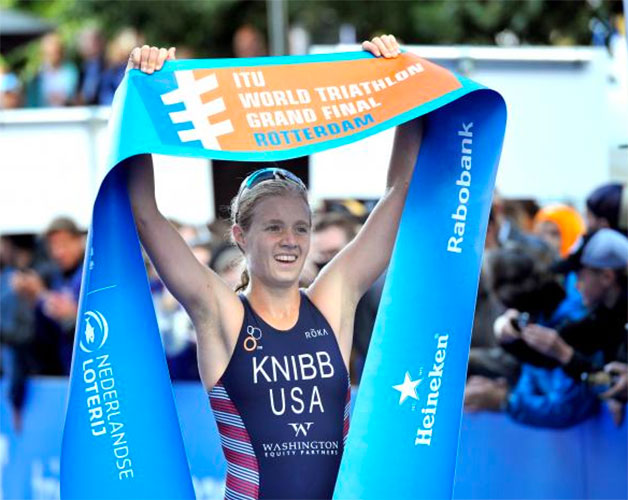 I was first introduced to triathlon as a spectator, cheering my mom on at races. After a
few years of just watching, I asked if I could give one a shot and was allowed to race the 2009 TriColumbia Kidz Triathlon. I enjoyed every minute of the race experience—from packet pickup to the pre-race nerves and excitement to the race itself to the post-race snacks and stories—and was immediately hooked. I raced my first sprint distance triathlon the next summer and continued to race more and more local races each year.

In 2013, I was introduced to draft legal racing through the USA Triathlon Youth & Junior
Elite Series. I grew up in Washington, DC, and one of the four races in the series happened to be in Richmond, so my mom agreed to take me to the race. The race was so challenging, and I made so many mistakes. But just like with my first triathlon, I thoroughly enjoyed every minute of the experience and was immediately hooked. After that race, I entered and began to work my way through USA Triathlon’s youth and junior elite pipelines.

After earning silver at the 2015 Junior World Championships in Chicago at the start of
my senior year of high school, I was able to earn my elite license and began racing a mix of junior and elite races for my final two years as a junior. After that race, I also decided that I wanted to run in college in order to hopefully help improve my weakest of the three disciplines at the time. I am so grateful that my college coach took a chance on me and let me both join the cross country and track & field teams and continue to race triathlons through college.

After graduating from Cornell last May with a degree in psychology, I am now looking forward to putting my primary focus on triathlon and pursuing my goals, including qualifying for the Olympic Team in triathlon, with the help of Team Psycho. Thank you for inviting me to join your team—I am so grateful and honored!