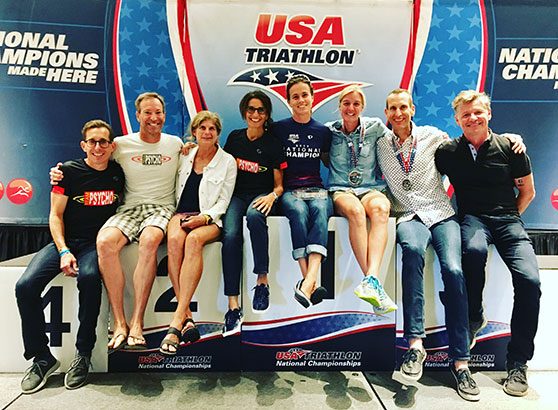 A great day of racing for Team Psycho today at Age Group Nationals!!
Ginger was 3rd OA female and won the 40-44 AG.
Becky was 4th in her AG.
Steve was 8th in his AG with a stunning run split of 37min & change.
Jody was 12th – just 3 weeks after IMLP!
Paul was 19th in his AG just after finishing IMLP as well!
Kip was 8th after aging up! (Haha, seriously though…).
Don was 20th in his AG. He had a really solid race & first one to hit the beer tent.
TG was race announcer extraordinaire. 🙂
Everyone qualified for the World Championship in Australia and Team Psycho won a team award.