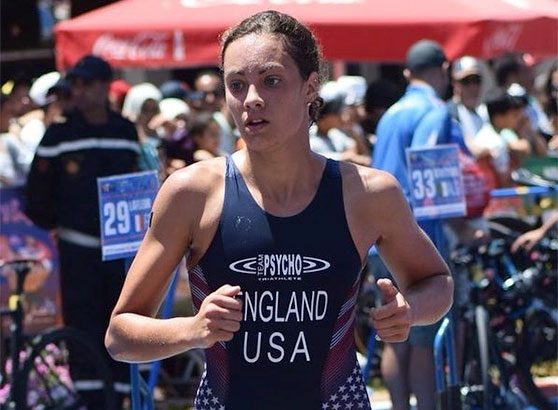 This June and July were probably my most exciting months as a triathlete to date. In June, I went for a three week racing block on three different continents. The first of which was the Huatulco World Cup. Huatulco, Mexico proved to be extremely challenging for me. I had a great swim and came out of the water in the Top 15, but a mishap in transition left me off the main pack. We unfortunately were not able to catch the main pack, and the heat left me feeling very diminished on the run. The result was not what I had aimed for, but I looked forward to the next two weeks of racing. The next weekend, I traveled to Salinas, Ecuador for a Continental Cup- my first time in South America. I had a solid swim, ride, and came off the bike in a pack of 8. I was able to run to a second place finish- my first podium of the season. We had to hurry to the airport directly after the race to catch our flight to Morocco. I competed in the African Cup in Larache the following weekend, and it was one of my favorite races of my triathlon career. The swim was an exciting point to point swim, and the run and bike courses went through the city that was lined with huge crowds. Not to mention, both transitions were in different locations that added an extra twist. I came second in this race as well, and both this race and the Salinas race gave me crucial points that I needed for the ITU Rankings.

Following the Larache race, I went home to Nashville to revamp before my focus event for the season, Pan American Games in Lima, Peru at the end of July. I put in my best training block to date in Asheville the three weeks prior and was super excited to test my fitness at the Games. The whole game atmosphere was a blast as we stayed in the Athlete Village and were able to interact with athletes of other sports and nations. I finished 16th in the Olympic Distance Competition, a result that left me wanting much more. However, I thoroughly enjoyed the experience, and I was incredibly honored to be given the opportunity to represent the United States at a major games.

My next races of the season include the Major League Triathlon Individual and Relay Super Sprints in Avon, Colorado, and then two Asian Cups in Japan the two weekends after. I’m super excited to get a few more races in before the end of the season. I am so thankful for the continual support of Team Psycho, and the assistance is beyond helpful getting to and from races.