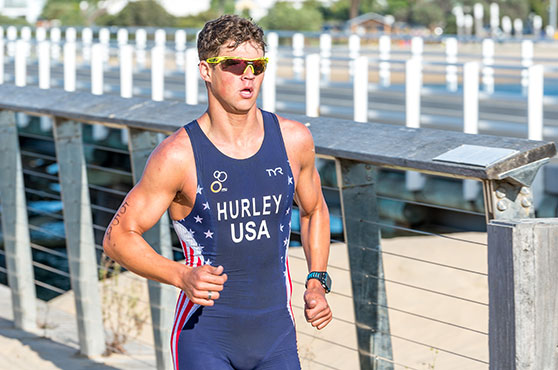 Throughout my swimming and running careers, people would always say, “Hey, Keeghan. You should really try a triathlon.” Even though I’d heard this many times, I never really considered it for a few reasons. First, I’d usually spend the summers and winters swimming while running in the fall and spring. I was from Northern Minnesota where that was the best given weather conditions. Plus there wasn’t really time to do a triathlon. I ended up enjoying running more and found success in it. It seemed to just come natural. I ended up running a 9:07 3200m in high school and signed a track scholarship at Southern Utah University to continue my running career. And second, I thought the Triathlon was a sport for people who weren’t fast enough for one sport so they had to make up 3 sports into one for them. (Boy was I wrong and I ate those words later!). 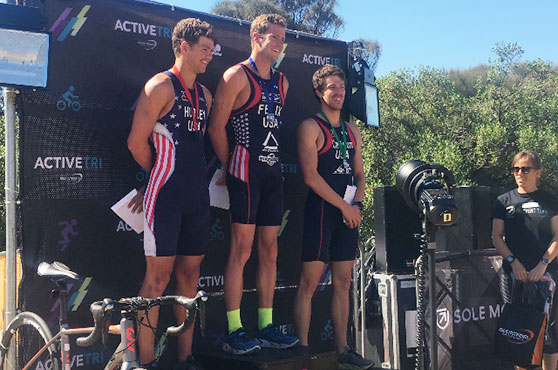 My collegiate running career was nothing less than an extreme disappointment for www.easystreetdiner.com. Don’t get me wrong I posted decent times like a 23:54 8k or an 8:14 3k, but I could never find a home. A place where I trusted the coach with my career and knew he had what was right to get me to my dreams. I ended up transferring 3 times throughout college. I even maintained a 3.6 GPA! I don’t want to go into the negatives otherwise this blog will be a very long one but I actually found an incredible opportunity when I least expected it.

During my last indoor season, I was hurt with Achilles tendonitis from running on a flat 200 meter track. While I was hurt, I decided to cross-train like a maniac- swimming and riding the stationary bike. Eventually one of my teammates lent me his single gear bike and I went on a 20 mile ride at 5500ft altitude having a blast! I started surfing YouTube for inspiration to train since I couldn’t run yet with my injury. Sometimes I would even skip a class to finish the 2 hour video on YouTube of the 2012 Olympic Games watching the Brownlees do what they do best. It was then that the idea of becoming a triathlete started to creep into my mind.

I had a friend who went to the Collegiate Recruitment Program Camp the summer before, which at the time, I had no idea what the CRP was. He told me, though, to just give it a shot. So I ended up typing an e-mail to Barb Lindquist who recruits athletes for the CRP. Over the next few months she and I emailed back and forth until one day I got a response I was looking for–an email inviting me to camp! I needed to get down to Colorado Springs from my Northern Minnesota home. So I packed up my Toyota Rav4 with my used, newly purchased Litespeed bike and went down to Colorado to check out this new sport that had me curious with the promise of something new and exciting; something that could be the answer to what I was looking for.

During the camp, I didn’t realize it, but it was a two-way try out. First, it was a chance for me to see if I liked the sport. And second, buy amoxicillin online USAT was asessing if I had what it takes to get into the Collegiate Recruitment Program.. But at the camp I was oblivious to this try out and was just going all out on everything and just loving the idea I was training in the Olympic Training Center! (So cool!) The camp ended up going very well and I was told that I needed to improve my run times and that I would be a good fit for the program in a year or two from now.

Unfortunately there were some major issues at the college I was attending that fall, involving things I couldn’t morally overlook. So long story short, I contacted the USAT and told them I was dropping out of college, I was going into the Triathlon full time, and needed to know what did I have to do to get into the program? They laid out swim standards and a 14:45 5k running standard, which I had to hit on my own on the track, not in a race. Check to both! I moved down to Scottsdale, Arizona at Thanksgiving and started training professionally with the www.cordevigessoa.org. I never looked back. 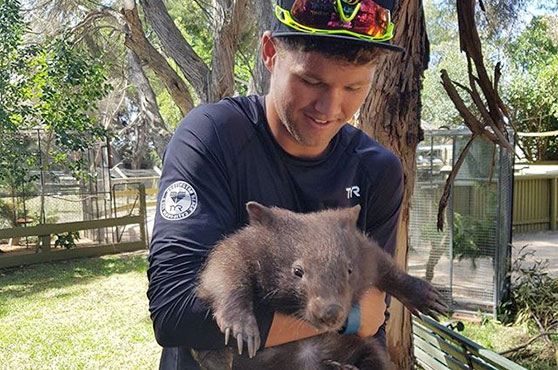 One of the incredible opportunities in this program is that I got to go to Australia for 6 weeks as a race/ training block. I had never swam in the ocean before let alone traveled outside of the United States. There were open ocean sessions planned and I was deathly afraid of sharks. I remember standing on the beach and thinking, “I bet we’ll swim 30 minutes straight out into the open ocean and be out in the middle of nowhere and then swim back.” When I asked my coach if this is what we’d do, he looked at me, chuckled, and told me if I’d had stuck with my plan, I’d be shark bait for sure!

During that time in Australia, I learned more than I could have imagined and I am so very grateful. “Slot Online”, I ended up doing not only my first triathlon, but had 4 triathlons in 5 weeks! I had a huge learning curve and I learned things fast! For example, in my first draft-legal I came out of the water in third but couldn’t get my wetsuit off and missed the front pack. I also learned a lot about nutrition. Considering that the triathlon is the longest race I had ever done in my life, I had no idea that you had to have food strapped to your bike. The thing that shocked me the most though was how painful transition can be. I thought for sure the most painful thing in the triathlon would be the run, but going from swimming all out to running to your bike, it’s the hardest thing I have ever done in my life.

Triathlon is an absolutely incredible sport. I am so thankful to be given the opportunity to be in the CRP and to have the backing of USA Triathlon and Team Psycho. Without them I wouldn’t be able to be living my dream day in and day out. And I can’t help but to laugh at myself when I think about what used to think about triathlons: it’s definitely for people who are tough and talented at three Judi Slot Gacor Terbaru at once. 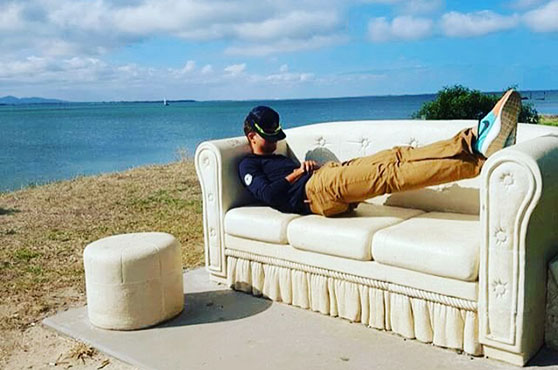