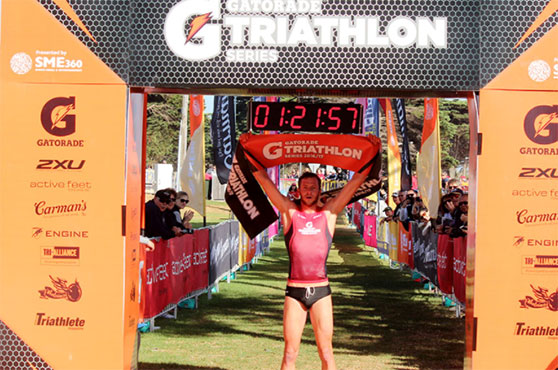 Although Coach Jarrod hasn’t taken us to an Outback Steakhouse yet and I haven’t cracked open a cold Fosters while boxing a kangaroo, I have still managed to have a great time down here in Australia. The CRP Resident Program has been here for about 4 weeks and will stay here until the end of March. I am spending my time training and racing in Geelong, Victoria in southern Australia with my CRP teammates JR and Keeghan. We have ridden along the Great Ocean Road, climbed mountains in the rain forest, encountered all sorts of wildlife from kangaroos and koalas to birds that sound like pterodactyls and much more. After witnessing the insanity that is “footy, Australian football may be my new favorite sport to watch. We definitely stick out like a sore thumb here but are enjoying the new culture and experiences. The environment here is a needed change from the desert of Phoenix. We spend our training days riding and running through bush roads and trails and swimming in the Pacific Ocean. These new conditions paired with our racing have led to large improvements in fitness as well as knowledge. It is crazy that only several months ago I was packing my bags in South Carolina and moving to Arizona to begin this journey as a triathlete, and now I’m racing in Australia.

Since entering the program, and especially in the last month, I have seen myself progress farther than I would have predicted. My run is back to the best times I ran in college and if you could see me swim now compared to November, you wouldn’t think I was the same person. I have also adjusted to handle the fatigue that comes with training full time. As a college athlete, I was actually running only 10-12 hours a week; now, I am training 25+ hours weekly.

On to the racing: Our first race was the Barwon Heads Sprint Triathlon, a small, non-drafting event during the second week of our trip. The race consisted of a 400m open water swim, 14k out and back bike along the ocean road, and a 4.5k run out on the beach and back on the roads. The three of us led out of the water all in a group, then we rode steady (non-drafting). My legs felt pretty solid, so I was able to run away with the victory. The second race – The Gatorade Triathlon Series – was a much larger elite level draft-legal event in Portarlington, VIC, consisting of an 800m open water swim, a 26k draft-legal bike and an 8k run. The swim conditions were very rough in this event and in the large rolling seas I was detached from the lead group and spent 400m chasing for my life in between the first pack of 3 and the rest of the field who had formed a pack behind me. I emerged from the water with a 20 second deficit to the lead group and used the long transition to my advantage. Running through T1 with 100% intensity and hammering the first minutes of the bike allowed me to regain contact within the first half mile of the bike. Upon entering the lead pack, I initiated rolling turns to keep other athletes from doing what I had just done. We worked well together and I was happy to have my teammate JR there with me. Our efforts paid off, and we approached the end of the bike with an additional minute of separation to our chasers. The final 2k of the bike was quite technical so I took advantage of this and attacked. I took the corners with what some would call reckless abandon. My efforts were rewarded with a time gap and I left transition for the 8k run with a 15 second gap. Just like in the first race, my run legs were there and I closed the 8k in 25:10, increasing my lead to second place by over a minute. 25 minutes is about what I averaged for 8ks in cross country so it is exciting to see that I can run this off the bike off very little run intensity. 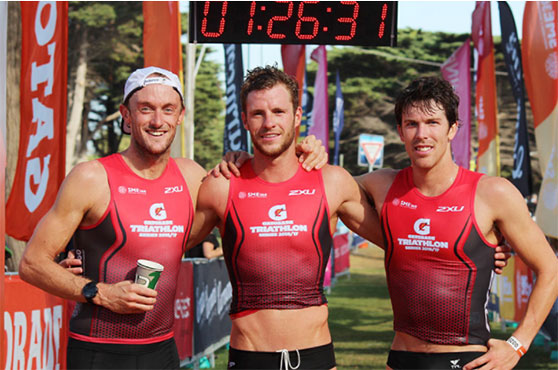 Upon returning to the good ol’ US of A, I learned that I was fortunate enough to be picked up by Team Psycho who see potential in my talents and skills. They offer funding and support to help me chase the Olympic dream as best I can. Their support truly makes the professional lifestyle easier and their help is greatly appreciated. I am so stoked to be a member of the team!

I am pleased with the progressions made by myself as well as my teammates who have consistently shared spots on the podium with me. We are working hard and are excited to see where the rest of the season leads and where this sport can take us! 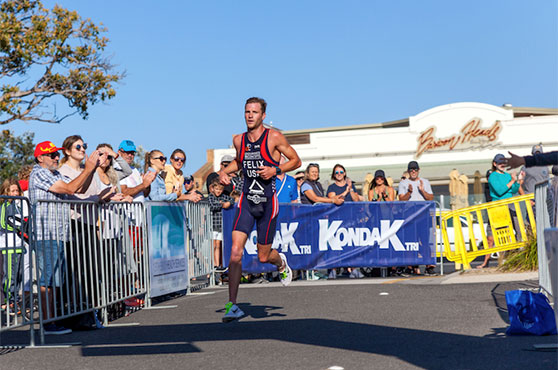