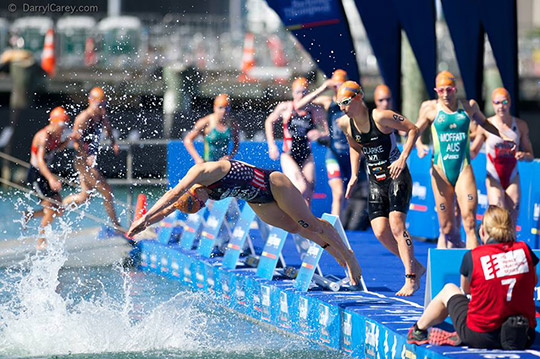 So you had a bad day…

After coming off two solid World Cup races I was excited for my first WTS of the season! However the Auckland WTS did not go as I had planned or hoped. I started the race with a solid swim which gave me good positioning on the bike. Unfortunately very early in the bike I found I did not have the legs to get me up the hills of a very challenging course. Throughout the eight laps I continued to get dropped from pack after pack. In addition I got a bit caught up behind a crash (first one not to hit it, so body completely intact), but to be honest I don’t think it really affected me other than just creating another challenge. Towards the end of the ride I thought I was going to get lapped out, meaning I wouldn’t continue on to the run. I got flustered when that didn’t happen. I came into transition unprepared to dismount my bike. This is where I made my biggest mistake of the race. In allowing myself to get frazzled I dismounted my bike and unclipped my helmet before racking my bike. The moment I did it I knew it was wrong and that I would be serving a penalty, but off on the run I went. 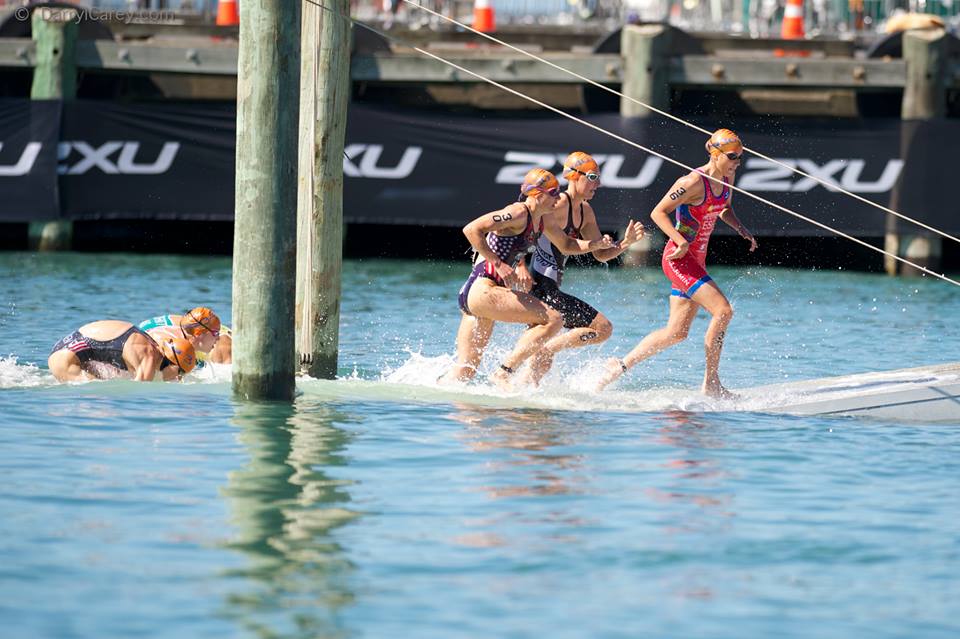 At this point my legs had nothing.  Nonetheless, I have vowed to never let myself quit a race so I mustered up all the Coeur I had inside me and I continued on to the run. I was able to pick off a few people ahead of me but my run was far from spectacular. On the second lap I passed the penalty box and saw that my number had been removed from the board. After asking twice if I needed to stop I was told to just continue to the finish. My incorrect assumption was that I was too far back and that my penalty no longer mattered.

Finishing the race I was disappointed in myself. I wasn’t sure what went wrong or why I was unable to perform to my potential. However, after a bit I was able to regroup and get myself to a happier place. I realized not all was lost in the race. I had a solid swim and I finished without giving up. It also helped me identify weaknesses and reflect on things I could have done differently to change the outcome. The race didn’t go well, but it was done and it was time to move on. 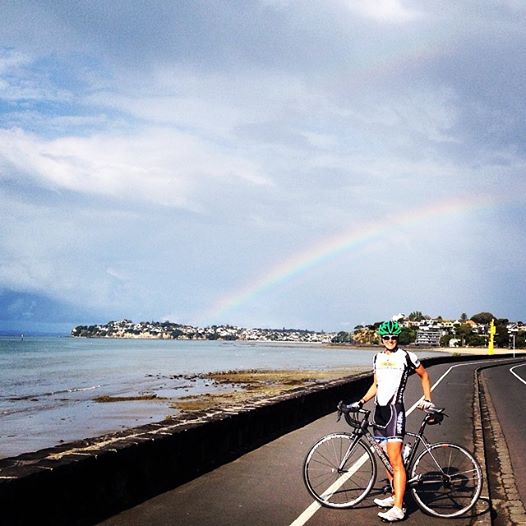 Then I found out I was disqualified. I was devastated. I learned that unclipping your helmet when still in possession of your bike is grounds for disqualification. The call could have been contested but only within the first five minutes of my finish. Ater that there is nothing that can be done. I was now physically and emotionally defeated. For me placing 36thseemed a lot better than a disqualification.

And then the support came. So much emboldening and consolation from many different people. Coaches of other athletes sharing encouraging words. Athletes who had done spectacularly and should be celebrating their own performances comforting me. New friends from New Plymouth reminding me not to forget accomplishments of the past. Veteran triathletes reminding me that it happens, it sucks but it’s no big deal and to move on. Friends and family from back home sending their love. Messages from my sponsors being unfathomably supportive and reminding me to keep my head up. And Tommy Zaferes, my boyfriend, who was there to listen to me as I talked everything out. 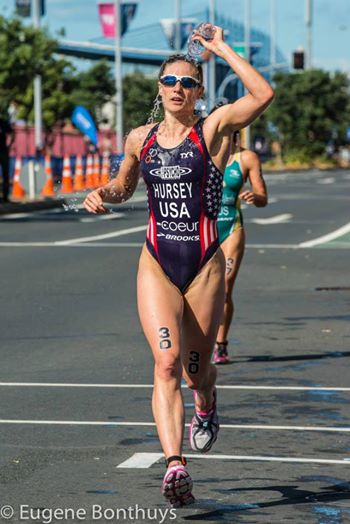 So now after having time to digest everything, I’m still disappointed but I also have learned invaluable lessons. The biggest, is that by not giving up I felt the hurt. I suffered through it and I know I’m a stronger athlete today than I was yesterday because of it. I’m also driven to not let that happen again; to compete as the strong mental and physical athlete I know I am and to not make silly mistakes that can cost me a race.

It’s often hard to find good things in a race that seemed like a total train wreck. However, if you take the time to go through the race it helps you identify what specifically went wrong, and also things that went well. Sometimes you may not be able to identify why it was a bad day, but you are bound to still learn about yourself as a competitor. As I was reminded by a lot of awesome people, not every race is going to be great. It’s important to learn from it and not to dwell on it. Make sure to not just focus on the negative result. One of the things I love about triathlon is that there are so many different aspects of it, and with that you have the opportunity to find your strengths too! Once you’re done reflecting, do what we as triathletes do best and move on!