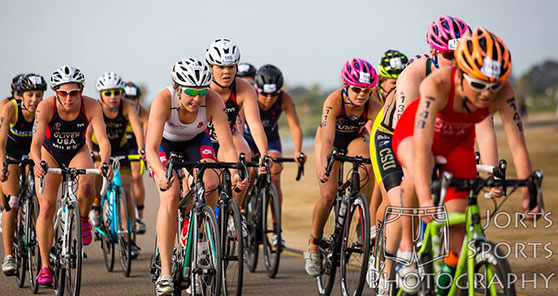 “To be honest, I am really scared of this open water swim,” I said to my coach as we were driving over to the course to do our pre-race recon.

Without even looking my way he replied in his usual Australian bluntness, “You should be.”

Going into my first draft legal triathlon I was nervous. Yes, the typical things made me anxious: competing in a race after a 6 plus month break, not knowing my fitness level in any of the three areas, awaiting the inevitable hurt which is experienced in any race. But even more so I was nervous for the hundreds of odd and uncontrollable things that could happen over the course of a triathlon. Would I get pummeled in the water and finish minutes behind? Would my wetsuit get stuck on my wrists and my ankles and take me forever to take off during transition? Would I jump onto my bike and not be able to put my shoes on? Would my shoes hit the ground and come unclipped and fly into the abyss? Would I hit a pothole and catapult off of my bike onto the road? Would I just completely forget everything I had learned in the past 4 months and stand still in transition wondering what to do next?

As of November 1st, I moved to Arizona to join the CRP resident program to train full-time as a triathlete. Coming from collegiate running, I had spent limited time in the water and on the bike over the past 5 years. Regardless, I was excited to be given an opportunity to train post-collegiately and, even better, to be part of a group that was full of talented and accomplished athletes. Since I had done only one triathlon in the past, dedicating my time to a sport that I was extremely inexperienced in seemed like a bold move, but something that was right up my alley.

From day one, the Tritonman Triathlon in San Diego was the first race on my schedule, and, even more importantly, my first chance to clear a big hurdle in my triathlon path and earn my elite card. I did not expect that this would be an easy or painless task, but I was confident that I would get my elite card eventually. If it would happen at Tritonman, well, that was something that I did not know for sure.

Fortunately, the race went as smoothly as I could have imagined. The swim was hectic but fairly straightforward. I ran out of the water with a pack of girls and was able to slide my wetsuit off without even thinking about it. I quickly got on my bike and immediately I was in a group that quickly started working together. Three laps later I was racking my bike and running out of transition to start a hard 5k to finish it off.

Strangely, throughout the entire race I was confused as to where I was. During the swim I told myself not to look behind, for fear that I would not see anyone swimming slower than I was. During the bike, I only saw the pack of girls that ended up catching up to my pack and finished the leg with us. And as for the run, I never saw the girls in the lead so I assumed they were long gone.

When I crossed the finish line my CRP training partners and coach immediately hugged me and told me that I had done it. I had finished 9th overall and as the first amateur, I had met the USAT criteria to earn my elite license. I did not believe them at first, but sure enough, they were right. I was happy and relieved at the same time. Knowing that I could check this off my list felt like taking a big step in the right direction.

In hindsight, I may have wasted more time worrying about the dramatic scenarios that could have played out in my race than necessary. Although my naivety in the sport may have created a bit of drama and anxiety in my mind, thanks to my training partners, coaches, and support from USAT and Team Psycho, I was more ready for my first draft-legal triathlon than I had expected. Looking ahead, I know that there will be challenging and difficult scenarios in the races to come; however, I am excited for my first season as a professional triathlete and eager to see where this sport will take me, which in the short term, is my first ITU race in Clermont next weekend. 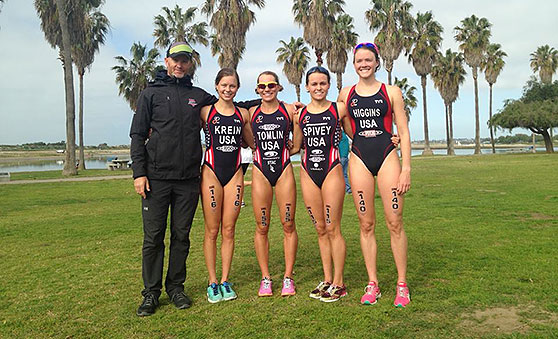 Editor’s Note: This was one of the EDRs (like Clermont) where if you placed top 3 amateur you earned your elite card. Cha-ching! Hilliary placed 9th overall, with a stellar elite field, and was top amateur. Not bad for her second triathlon ever!