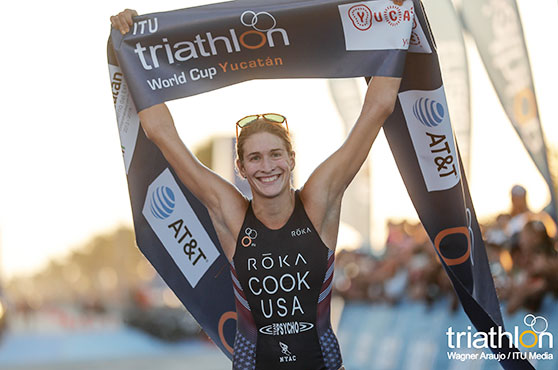 Yucatan WC came in the middle of a busy period of racing for me. Since the start of July, I’ve raced in Spain, Germany, Canada, and now Mexico since the start of July and will race in the Czech Republic, the Netherlands, and Great Britain before the end of September! I was initially nervous to commit to so many races but I feel I’ve been able to hit my stride and start to perform at a higher level more and more as this period goes on.

Race day in Mexico was very hot and humid. The heat index was 107 at the hottest point of the day, but the women’s race didn’t start until 6:15pm so it had cooled off a little. The wavy swim quickly split the field and I led a small group into T1. Our pack increased our lead out on the bike and I quickly took the lead out on the run. I worked to keep my pace rich but controlled to not risk overheating. I prefer warm races and was cautiously confident in my ability to perform in the conditions – though I felt I could manage the conditions well, I did not want to risk heat illness by making any silly pacing mistakes! I was thrilled to run onto the blue carpet and claim my first WC victory of the season. I was also happy to see fellow American and Team Psycho teammate Lindsey Jerdonek earn her first World Cup podium with a second place finish. Thank you for all of your support, I’m proud to represent Team Psycho, especially on the podium! 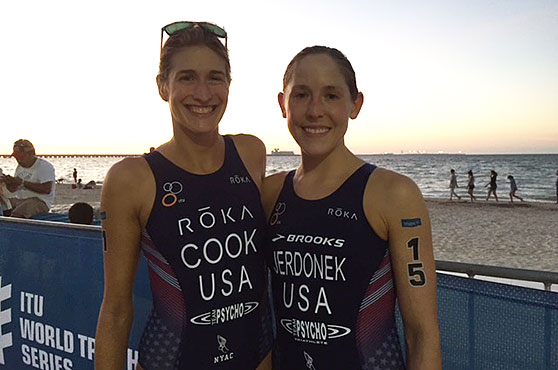