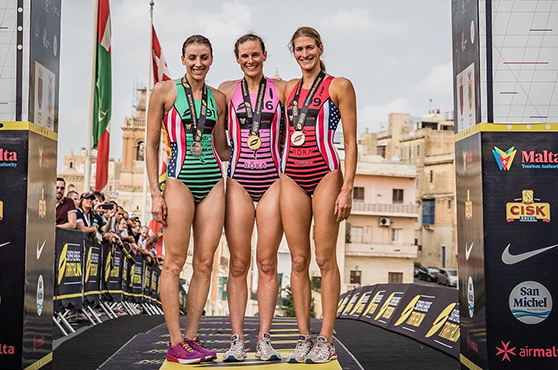 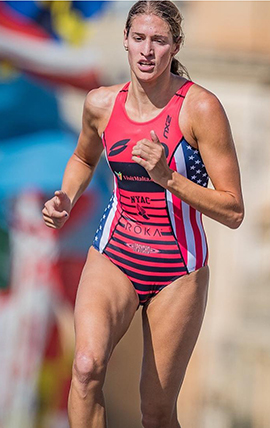 Malta is one of the prettiest and most unique places I’ve ever had the opportunity to visit. Malta has been a self governing country since the mid-twentieth century, but prior to becoming an independent state, the country changed hands many different times, which is reflected in the unique architecture and culture.

The racing format on the first day was the three round eliminator. We started with 18 athletes and eliminated the five slowest athletes per round until we were left with 8 for the final round. I was able to set myself up well through the first round, but got into a little bit of trouble the second round and only narrowly escaped elimination. My legs were already shaking on the start line for the third round, but I was almost able to hold on before my legs went out the last time up the steep, 400m hill. I finished eighth for the round, but was happy to have made it through to the end!

The racing format on the second day was the equalizer. We had done a 600m swim tt on Friday, which determined our starting position for Sunday’s portion of the race, which was two consecutive rounds of swim-bike-run without a break. I finished the swim tt in fourth, eight seconds behind the swim leader, thus, I started in fourth, eight seconds back. We had a strong group chasing down the swim leader and closed the gap entirely by the swim exit. We had a fairly large group through the first bike, but were able to shed people throughout the first run and second swim. By the time we got to the second bike, the race was between myself and fellow Americans Kirsten Kasper and Katie Zaferes. We stayed attached through the last bike and run, until we hit the last 275m of the race, which were up a steep hill. I ran in second behind Katie for most of the hill before getting outsprinted by Kirsten in the final meters. I was very pleased with my performance and proud to be part of an American sweep!

Thanks so much for all of your support! My final races of the season are Super League Triathlon Mallorca this upcoming weekend and the Miyazaki World Cup on November 10. 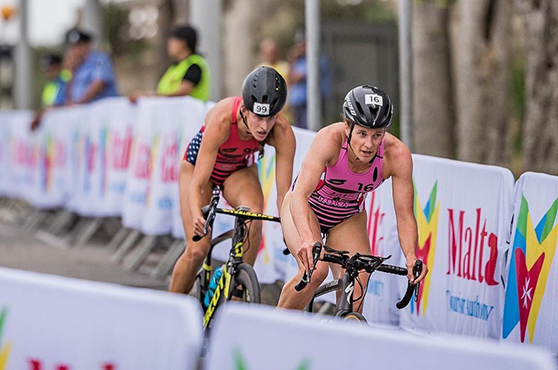