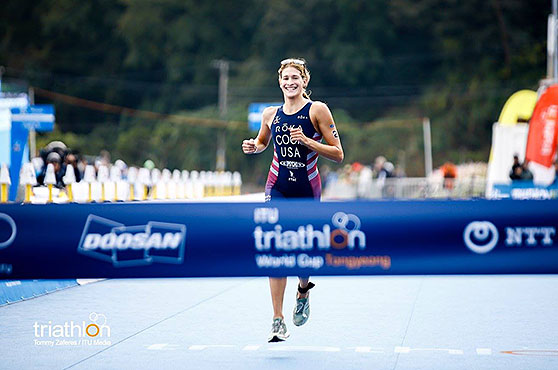 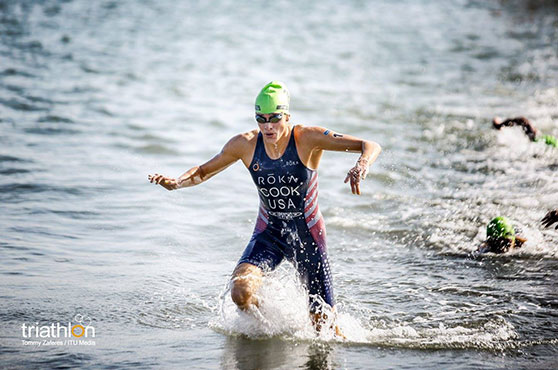 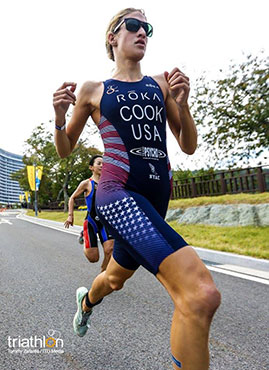 The Tongyeong and Miyazaki World Cups came at the end of a long season of racing, with most of my races in the back half of the year. Tongyeong is one of my favorite courses on the circuit and boasts a peaceful sea swim, a hilly bike course, and a run that is mostly on a track surface path but veers onto the road to go up a steep 200m hill. I felt a little flat at the start of the swim but found my arms in the back half and led out of the water. We ended up in a pretty decent sized pack in the bike and I wasn’t sure what to expect on the run since most of the major players were still in the race. Much to my surprise, I quickly established myself at the front and the race became one between myself and Ai Ueda (JPN). We ran together for about 4200 before I was finally able to drop her on the steep downhill section of the course and keep my lead to the finish line to claim my second world cup victory of the season. 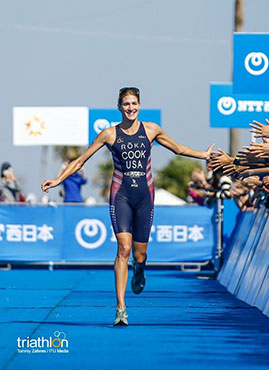 Two days after Tongyeong, we headed over to Miyazaki, which is on one of the southern islands of Japan. This was only the second year of Miyazaki hosting an ITU race. Last year, the race ran smoothly but there were a few aspects that I thought weren’t quite at the level of a world cup race, such as having an in-water start and the organization and flow of parts of athlete check-in. I was so impressed with how well the local organizing committee resolved these issues for 2017 to make sure that the race isn’t just a good one – its a great one! I led out of the water with a few athletes not far behind. We quickly established a pack of nine. My legs felt terrible on the first two laps of the bike and I struggled a bit, but I quickly found my rhythm and got into the flow of contributing to the pack. Everyone in the pack worked well together and we extended our lead to have a strong buffer over the remaining athletes in the race. I quickly established myself in the lead and was so happy to close out my season with a double win!

Thanks so much for all of your support! Time to rest up for 2018! 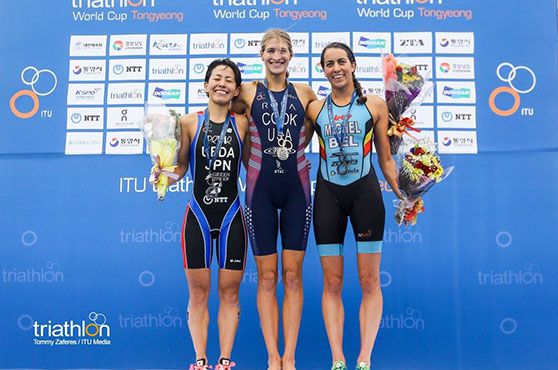