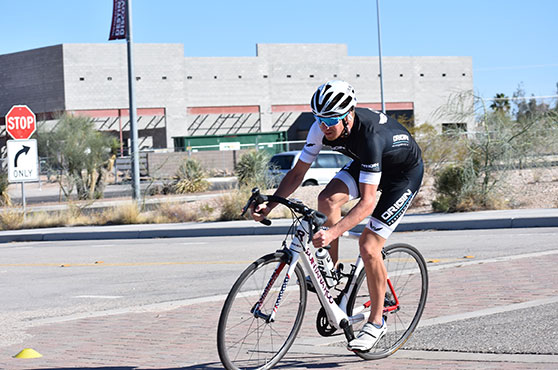 I’d like to introduce myself by going back to May 2016. I had just graduated from Colorado School of Mines after a successful career in collegiate running and slightly less than successful academic career. Our program had a breakthrough year winning the Division 2 Cross Country National Championships and I was a proud owner of multiple school records. I had just earned my ninth All-American honor and graduated with a GPA that will never be revealed to the public. What to do now? 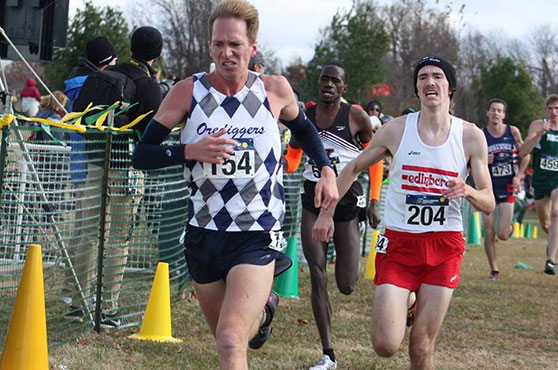 Not work, that’s for sure. Mechanical Engineering is great and all, but it just didn’t feel right to spend my 20’s working for “the man” when there are a ton of other more exciting options available. Like running. But how far could a 13:44 5k guy go in the running world? Maybe sneaking into the 2020 Olympic Trials? Or could I do something else? Something more? That’s when I started thinking about Triathlons.

After a summer of doing nothing of value, I reached out to Barb Lindquist, recruiter for the Collegiate Recruitment Program (CRP), an Olympian, and one of the nicest people you will ever meet. She set me up with local coach Melissa Mantak (also a great person and Level III USAT coach!) and thus began my first year of triathlon training. Melissa and I spent the year slowly building up my former swim fitness and learning how to ride a bike. 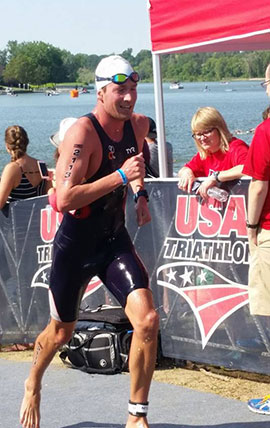 My 2017 season started with two Elite Development Races (EDR) in Clermont, Florida, where I had the fastest run splits in both events, but got shelled off the back of the bike pack I worked so hard to get to. It was a great learning experience and showed me that I had a lot of work to do. After the EDRs I got to spend some extra time in Florida learning bike and swim skills with the other collegiate recruits. We all wanted a second chance at those races following those sessions! After the trip to Florida, I spent time preparing for the 2017 Age Group National Championships. That summer I had the privilege of going to the OTC in Colorado Springs for a 9 day CRP camp learning from the best in the business. Following the camp I was much better prepared to take a shot at earning my elite license at USAT Age Group Nationals! I lacked the bike strength (and those crazy TT bikes) but my swim and run carried me to my elite card. Mission accomplished!

Come 2018 and it was time to join a professional triathlon group! Enter Ian O’Brien and the Origin Performance Group. After just a few talks with Ian, I knew that his coaching style and group would be a great fit for me. I moved out to Tucson, AZ in January and haven’t looked back since. The athletes here not only are a talented and hardworking group, but also embrace the fun, laid-back culture that almost makes grinding out 25+ hours of training a week enjoyable.

Training days typically start off with a morning swim followed by breakfast burritos and donuts at El Mercado. The churros are to die for. After relaxing at the house for a bit we are off to an afternoon filled with running and/or riding. We are lucky to have master chef Collin Chartier on the team as he always delivers excellent (and typically spicy) meals for dinner. Afterwards is a nice relaxing session in the Jacuzzi accompanied, as per tradition, with a delicious La Croix.

The great thing about training with all these studs is that I get my butt kicked in both the pool and on the bike (and sometimes the run!) resulting in huge improvements in both my fitness and skills. I honestly can’t wait for the racing season to start and kick off my rookie season in a big way. Look for me in the results at ITU Clermont and Sarasota Continental Cups this March!

I would like to thank USAT, Origin Performance, Team Psycho and all the coaches and athletes that I have worked and trained with over the years. The list is extensive and would probably look a lot like the credits at the end of a movie! I would also like to thank my parents for encouraging me to avoid the job search and follow my dreams of competing with the best in the world!