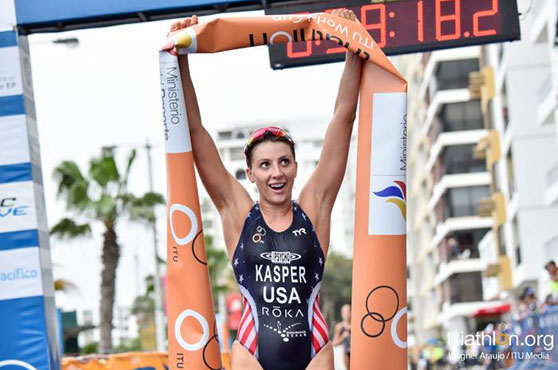 Flying home from Salinas, Ecuador I tried to take a step back and reflect on the season as a whole. I started the year ranked 23rd on the ITU points list and I finished ranked 11th. This season had some definite highs and personal bests, but also had some misses and injury. Although I can still smile as I accept my fate, and the fact that it is all part of the sport. I am stronger and wiser from the roller coaster of a season.

I left the US on Sept 13th, excited to race twice more for the season. First up was the Grand Final WTS race in Cozumel, Mexico. Unfortunately, the race conditions got the best of me and I underperformed. I am typically confident in my swimming abilities and being a front pack swimmer. I had been in position halfway through the swim, but as we approached the final 500m I started to overheat. I gradually drifted to the back of the front pack and eventually just off the important feet. The rest of the race I spent trying to control what I could in the hot and humid conditions. Drinking fluids on the bike and using the aid stations on the run was the priority to get myself to the finish line. To finish 29th at the Grand Final was a very disappointing result and not a reflection of what I thought I was capable of.

Knowing I had another race in a week’s time, I made it a point to acknowledge I was upset, disappointed, and unsatisfied. I accepted my result and emotions that came with it and turned that energy into motivation for the Salinas World Cup. Given Cozumel, Mexico was relatively close to Ecuador, I was in for quite a surprise when the anticipated quick travel south became an endless journey with a late arrival at 2:30AM. The priority going into this race was to get recovered and to get my mind ready race again. I wish it was as simple as that, but given my luck I struggled with the local food and had the added difficulty of some pre-competition digestive issues. A challenge I face traveling to foreign countries is understanding ingredients and watching what I eat, as I am severely allergic to several kinds of fruit. The day before the race I tasted something in my lunch I knew I should not eat…. BANANA! Fortunately, I did not ingest enough to cause a severe reaction and Benadryl was able to save me. Drowsiness set in for the remainder of the day, and I became upset that I allowed myself to get that close to an allergic reaction. Dealing with my allergies and my upset stomach was the last thing I wanted to stress over before a big race. I honestly feared my ability to compete given the constant rumble of my tummy. 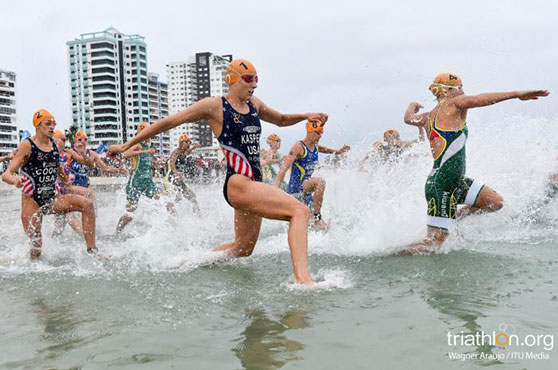 Race morning arrived and I tried to keep it simple. My typical prerace meal of coffee, oatmeal, berries and yogurt was ditched: I had two slices of bread with a little peanut butter and honey. Race conditions were perfect with about 24 Celsius air temperature and 22 Celsius water temperature. The beach start went off without a hitch and I came out of the water comfortably in the front pack. The first two laps of the bike were solid, but when our front pack was caught by the chase I decided to relax and conserve my legs for the run. Having a good T2 was a priority and I made it an effort to ensure I would be first out of T2. Starting the run I focused on my form and took control of the pace. Summer Cook, my fellow American teammate, pushed the pace around the first 180 degree turn and the two of us broke away from the field. Going into the second and final lap of the run, I took control trying to raise the intensity, and keep the gap we had formed over 3rd place. In the last kilometer of the run, Summer took over and surged. I dug deep and matched her speed knowing I had another gear. Rounding the final corner and with the finish in sight, I made my move. 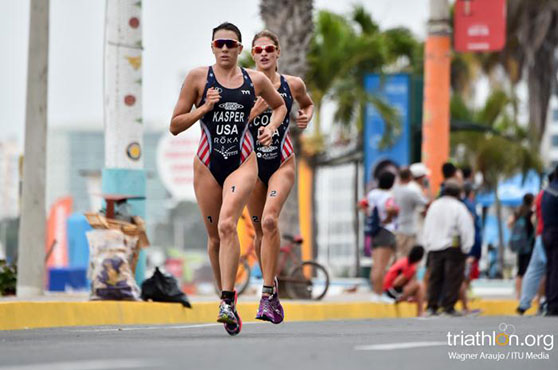 After seeing pictures of my finish, it was clear I was in shock. It took 2 years to grab the tape and achieve my first win in an ITU competition. To win the Salinas World Cup was an amazing way to finish my 2016 season.

I can’t express enough how fortunate I am to have an amazing team on my side. Thank you to USA Triathlon and Jarrod Evans for providing the guidance and support needed to allow me to perform to the best of my abilities. Special thanks to my family and friends for their continuous love and faith in me. And finally, thank you to my sponsors. I’m fortunate to be supported and given the opportunity to represent Team Psycho, ROKA, Endurance Rehab, Nuun, Oakley and BiPro. 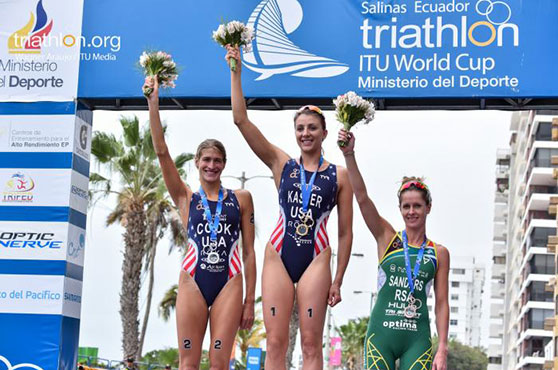